The CSEPP Board of Directors 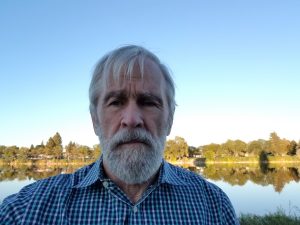 Rich has 32 years of natural resources and energy public policy work with the Bureau of Land Management (BLM). He has worked at all levels of BLM field, state office and Washington Office in staff and leadership positions. Additionally, he has worked as a Legislative Assistant and in the Department of Interior (DOI). Rich is the President of Living Systems Consulting and past President of Real-Life Training and Consulting. He has served on numerous nonprofit boards and is a trained mediator and facilitator.

Eric earned a BA in social anthropology and organizational behavior from Brigham Young University during which time he conducted fieldwork in East London, South Africa with educational development organizations. His training prepared him to join a team of CSEPP staff working with the Bureau of Land Management’s Spokane Office in preparing its 10-year development plan. Eric recently earned an MS in Information Systems Management from Carnegie Mellon University and now teaches computer systems courses at the Community College of Allegheny County in Pittsburgh, PA while working as a part-time field anthropologist, carpenter, database system designer, and web designer. Email: ericdarsow@csepp.us

Glenn has experience in problem solving and marketing spanning over 30 years in various areas of the real estate industry. His career has been spent working to facilitate successful, productive results with individuals, government agencies, industrial corporations, financiers, and attorneys. Currently, he works for a large electric utility in the area of land rights acquisition. Glenn is also actively involved with the IRWA trade association, having served as Chair of the Electric & Utility Committee and currently serving as Vice Chair of their International Relations Group. This group’s global outreach entails working with professionals in Europe, Asia, Australia, Africa, Latin America, as well as North America. 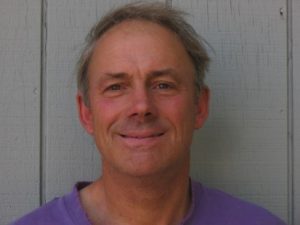 Marty Main has been a professional forester in southern Oregon for over 40 years. Operating Small Woodland Services, Inc., he has had over 200 people work for him over the years that he has trained in forest management and for whom he has provided personal and professional support. He has worked with well over 300 landowners covering about 60,000 acres. This work has included 84 agency or private industrial contracts and numerous small landowners. In addition to being the forester for the City of Ashland, Oregon for the past 19 years and helping the Ashland Forest Commission during all that time, he has worked on several other large scale projects—seven watershed-based, multi-stakeholder processes to develop cooperative management plans, over 10 years with the Ashland Forest Resiliency Project, and he is on the board of the Southern Oregon Forest Restoration Collaborative (SOFRC). In his public talks, Marty points out the importance of understanding the ecological factors in forest management, but he also stresses the importance of understanding the social and economic realities—maintaining that all three have to be in balance for sustainable practice. For Marty, it’s all about relationships—relationships with the land and with people.

Eric Casiño has more than 30 years of experience as a social anthropologist. He is actively engaged in university lecturing, applied research, consulting with governments and corporations in the fields of education, project evaluation, culture-based marketing, social impact assessment, and cross-cultural management. His area of specialization is in Philippines and Southeast Asia. 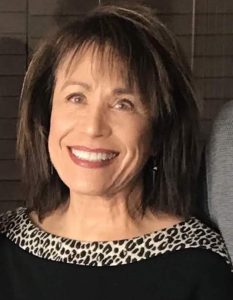 Barbara has over 30 years experience as a communications and marketing strategist for corporations and nonprofit organizations. She worked for the International Right of Way Association (IRWA) for 13 years, serving as Publisher and Editor-in-Chief for Right of Way Magazine. During her tenure, she broadened the magazine’s editorial relevancy, steadily increased ad revenue and cultivated industry relationships. She interviewed key stakeholders in the energy, transportation and utility sectors, and agencies such as FERC, BLM and FHWA. In 2009, Barbara launched a column on Social Ecology, teaming up with Jim Kent and Kevin Preister to promote its unique methodology and benefits gained when used in early project planning. Right of Way Magazine has since published more than 40 social ecology articles and case studies.

Prior to joining IRWA, Barbara held leadership roles in the corporate sector. She began her career in financial services marketing and later served as Vice President of Marketing Communications for CB Richard Ellis, a global real estate services provider. While at Learning Tree International, she created marketing programs targeted to an international audience. Barbara also held management positions with Telefora, overseeing industry relations, marketing and publishing for the 22,000 member-based organization. 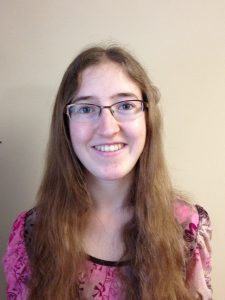 Margaret is a recent graduate of the University of Rochester, where she earned a B.A. in Development and Sustainability. She interned with CSEPP in the summer of 2017, during which she assisted with reports on land stewardship and forest management, studied and practiced community engagement, and contributed to website development. In the fall of 2017, Margaret spent a semester in Bolivia, where she completed a short documentary on deforestation, degradation, and conservation of forests (later revised). Since graduating in 2018, she has worked at the Genesee Land Trust and NYS Department of Environmental Conservation, become an active member of a citizen’s environmental group, and begun volunteering at Cornell Cooperative Extension. Margaret hopes to pursue a career in environmental conservation, especially related to policy, economics, and/or community engagement.

Explore and contribute to the field of social ecology as a CSEPP intern. Welcoming students from all backgrounds and disciplines. Learn more!

Behind the Practice: Social Ecology Theory